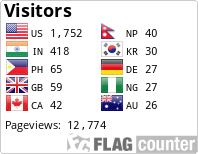 Be with You (지금 만나러 갑니다) is a 2018 South Korean romantic film featuring So Ji-sub and Son Ye-jin, and directed by Lee Jang-hoon. The film is a remake of the 2004 Japanese film of the same name, which is based on a novel by Takuji Ichikawa.
The story is about a couple. Soo-ah (Son Ye-jin) before her death, makes an unlikely promise to her husband, Woo-jin (So Ji-sub), to return one year later at the start of the rainy season. Unbelievably, she keeps her promise and returns to her husband and son, but with no memory recollection. Sadly, their family reunion is short-lived, because Soo-ah has to leave her family at the end of the rainy season.

On Your Wedding Day ( 너의 결혼식) is a 2018 South Korean romantic comedy film that portrays the ten-year love and friendship of two people from teenage to adulthood. It was written and directed by Lee Seok-Geun and stars Park Bo-young and Kim Young-Kwang. The film was released on August 22, 2018.
A man receives a wedding invitation from his first love whom he met in high school. He recollects all the problems he went through to get together with her over the years from their youth, and the ups and downs in their life together. Finally, he attends her wedding, and thank her for being the shining star in his life, and she thanks him for his support in need. The movie ends as he walks away from the wedding venue.

Tune in for Love (유열의 음악앨범), is a 2019 South Korean romance film directed by Jung Ji-woo and featuring Kim Go-Eun and Jung Hae-in.
The story happens between 1994 and 2005. In the 1990s, hardworking Mi Soo and optimistic Hyun Woo meet at a bakery and fall in love while exchanging stories on a radio station. their timing never seems to work out even though their paths keep crossing.

A Moment to Remember (내 머리 속의 지우개) is a 2004 South Korean film based on the Japanese television drama Pure Soul which is released in 2001. It stars Son Ye-jin and Jung Woo-sung and follows the relationships and the burdens of loss caused by Alzheimer’s disease.
27-year-old Kim Soo Jin (Son Ye Jin) buys a can of soda, but unknowingly leaves it behind and accuses a man named Choi Chul Soo (Jung Woo-Sung) of stealing it. When Soo Jin and Chul Soo run into each other again, they discover a mutual attraction for one another, which eventually leads to a happy marriage. But when Soo Jin becomes increasingly forgetful, the couple discovers that she has Alzheimer’s disease.

Always (오직 그대만) is a 2011 South Korean drama film directed by Song Il-gon. Starring So Ji-sub and Han Hyo-Joo in the lead roles, it is about a romance between an ex-boxer who has closed his heart to the world and a telemarketer who remains spirited despite slowly going blind.
Cheol-Min (So Ji-Sub), a man with a dark, mysterious past, picks up a part-time night job as a parking lot attendant. He sits in the tiny pay booth in the parking lot and stares at the small television. A woman named Jung-Hwa (Han Hyo-Joo) walks into the booth. She offers something to Cheol-Min and sits next to him. Cheol-Min realizes the woman is blind and she is confusing him for the parking attendant who worked there previously.

More Than Blue (슬픔보다 더 슬픈 이야기) is a 2009 South Korean film. The directorial debut of poet Won Tae-yeon, stars Kwon Sang-woo, Lee Bo-young, and Lee Beom-soo in the lead roles.
K (Kwon Sang-Woo), a radio producer is told that he has only a few months left to live. He loves a woman named Cream (Lee Bo-Young). He keeps his illness a secret and urges her to marry a guy named Ju-Hwan (Lee Beom-Soo) as he knows Cream’s biggest fear is to be left alone.

The Beauty Inside (뷰티 인사이드) is a 2015 South Korean romantic comedy film based on the 2012 American social film The Beauty Inside, about a man who wakes up every day in a different body, starring Han Hyo Joo.
Woo-Jin changes into a different person every day when he wakes up. He falls in love with Yi-Soo (Han Hyo-Joo). How will Yi-Soo be going cope up to Woo-Jin’s secret?

Wish You, produced in 2020, was originally an 8-episode South Korean web drama. But Netflix features it as a full-length 101-minute-long movie.
Starring up-and-coming idols Kang In-Soo and Lee Sang, the film centers around a keyboardist working in a record company played by Lee, who becomes smitten with a singer-songwriter played by Kang. The former persuade the latter to join his record company. This series is Directed by Do Joon Sung.

Sweet & Sour (새콤달콤) is a 2021 South Korean romantic comedy film. The film directed by Lee Gye-Byeok and starring Jang Ki-Yong, Chae Soo-bin, and Krystal Jung, is a story of love at first sight couple who drift apart due to job assignment. It was released on Netflix on June 4, 2021.
faced with real-world opportunities and challenges, a couple endures the highs and lows of trying to make a long-distance relationship survive. Jang Hyuk is a man who wants to have both work and love with his girlfriend Da Eun, and Bo Young is a woman he meets in a new environment. It is a refreshing romantic comedy about the complicated relationships between three people who are experiencing different emotions.

My Little Bride (어린 신부) is a 2004 South Korean romantic comedy film about an arranged marriage between a female high school student (Moon Geun-young) and a male college student (Kim Rae-won).
Bo-Eun (Moon Geun-Young) is an ordinary high school girl who worries about SATs and has a crush on her school’s baseball team ace, named Jung-Woo (Park Jin-Woo). One day, Bo-Eun’s grandfather orders her to marry Sang-Min (Kim Rae-Won). When they were very young, Bo-Eun’s and Sang-Min’s grandfathers had promised that they would become in-laws. Despite their opposition, they are forced to marry because of the strong influence of Bo-Eun’s grandfather.

Life is short – dream big and make the most of 2

When the Angel Meets Baby SantaClaus 😍❤️ Is

“The secret to a good morning is to watch the su

Birthday of Buddha is celebrated as Buddha Purnima

Meesapulimala is the second highest peak in Wester